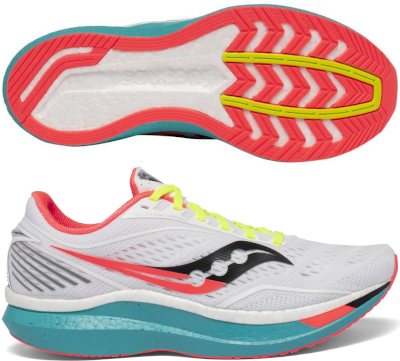 Possibly the Saucony Endorphin Speed is one of the most interesting shoes of recent times although it should be noted that it does not have a carbon fiber plate but a nylon one, which is not bad either. Just a simple overview of the new Endorphin family from Saucony, the Endorphin Pro would be the highest rated featuring a real carbon fiber plate and focused on the purest competition; the Endorphin Speed, an ideal shoe for fast workouts and races on asphalt; finally the Endorphin Shift, with more cushioning, designed for easy runs and recovery. All of them have an imposing midsole and a geometry specifically designed to promote faster transitions.

We can not ignore the attractive and modern design of the Endorphin Speed which has a fairly clean upper that plays with thermofused reinforcements building a better structure to the whole. The mesh has many ventilation holes for good breathability. The Tongue is generous and wraps the foot perfectly bringing support at the same level of the price of the shoe. While the upper is interesting for its functionality and eye-catching looks, the really interesting stuff belongs to the midsole, something similar to the Brooks Hyperion Tempo, one of its most important rivals.

Saucony debuts a midsole whose star foam is the PWRRUNPB, the latest evolution developed by the American brand that promises greater response, increased if possible by the presence of the semi-rigid nylon plate. Although it announces a relatively usual drop of 8 mm, the mechanics of the shoe with a design (SpeedRoll) very oriented to the maximum impulsion in each stride may require a period of adaptation, making it difficult to use at slower paces in a manner similar to what happens with the outlandish Nike Air Zoom Tempo Next%. The outsole features a minimalist design with very little rubber in the rear (pay attention heel strikers) and an arrow-shaped configuration (TRI-FLEX) in the forefoot. 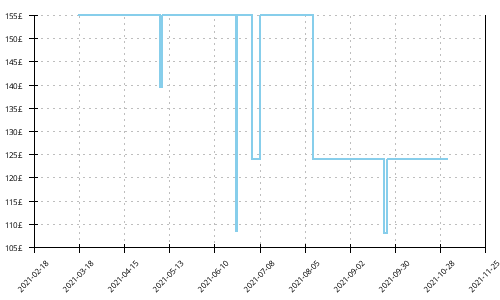