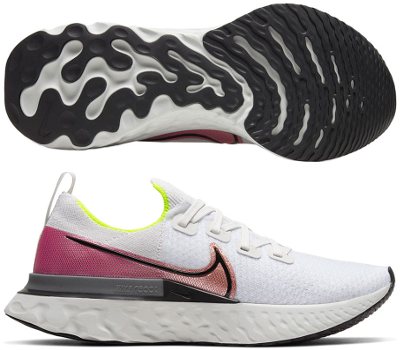 Controversy accompanies the Nike React Infinity Run because Nike has tried to illustrate that runners injure less with it than with the Air Zoom Structure 22 shoe. The American brand argues that the geometry of the React Infinity Run eases the transition (a design reminiscent of the maximalist Hoka One One Clifton 6) and that correcting slight/moderate pronation with a wider base is less intrusive than embedding a harder piece on the inner side, a solution reminiscent of Brooks' Guide Rails. The controversy lies in the fact that the runners averaged about 35 kilometers (22 miles) a week and it is not clear either what physical condition they started in or how they took care of themselves (stretching, massaging, etc.). It has its point for debate, but "correlation does not imply causation."

So there are quite a few changes from its predecessor Epic React Flyknit 2 although perhaps the upper is the most continuist part. The main fabric is the latest evolution of the famous FlyKnit that promises to be more resistant and durable while maintaining good breathability. The rear part is the one that changes the most with specific reinforcements to improve stability. It draws attention to both the odd design to incorporate the classic Nike logo ("Swoosh") and the reinforcements at the base reminiscent of the Odyssey React Flyknit 2, who has passed rather unobtrusively through the running shoe market.

Where the great novelty of the React Infinity Run lies is in its imposing midsole made of React. Not only has the amount of compound been increased but also the geometry has been modified to favor a more fluid transition following the trend that is giving so much success in Hoka One One. The outsole also features a radically new design marked by a wider forefoot, a configuration anticipated by other models such as the Zoom Fly 3. Unlike its predecessor, there is a lot of rubber covering the React all over the outsole so you can expect increased durability of the shoe even with original design in the rearfoot. 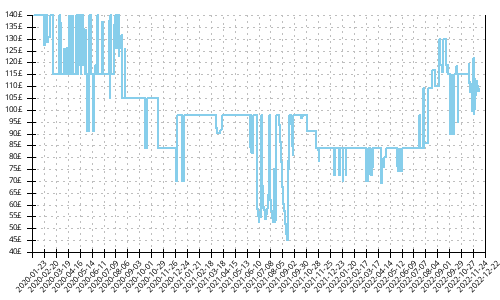