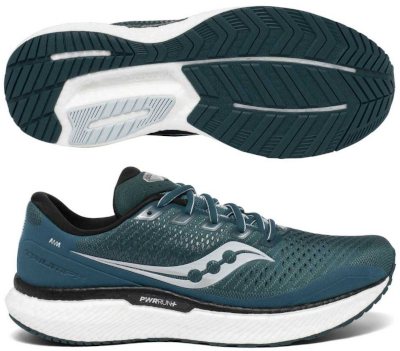 The newcomer Saucony Triumph 18 is the second iteration after the American brand ditched the ISOFIT system and it can't disappoint the diehards with the hefty asking price it spends. Being the flagship in terms of top of the range for neutrals you can't expect anything less than the latest (and greatest) in materials while offering plenty of cushioning. The good thing without a doubt is that the PWRRUN+™ compound has set up well as the sole member in the midsole and it has only taken a few tweaks elsewhere to take the Triumph 18's performance level up a notch.

Visually notable is the complete revamp of the upper over its predecessor Triumph 17, which is now one-piece with heat-sealed parts for improved fit. The rear part grows in height to offer better protection to the achilles area and it is surprising how very soft the tongue is, which is also attached to the rest of the shoe on both sides which guarantees not only a good fit but also that annoying pebbles sneak in along the way. To say any downside, perhaps breathability is not the strong point.

As previously mentioned, the Saucony Triumph 18 maintains a midsole entirely made of PWRRUN+™ that seems to have satisfactorily surpassed the demands in terms of comfort, lightness and responsiveness of a premium shoe that struggles to compete with the popular Asics Gel Nimbus 22. The point that seems a bit weaker is the speed, although perhaps this is something that is not the priority of potential buyers. Either way it has been tried to be improved in two ways: more grooves have been incorporated on the sides of the midsole to increase flexibility and the outsole has been slightly redesigned, which drops the flashy "Crystal Rubber" in favor of "XT-900" while keeping the base of the "TRI-FLEX" configuration to facilitate a faster transition. 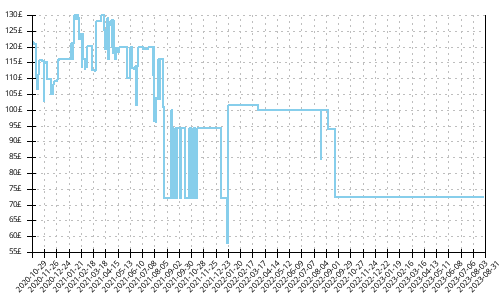