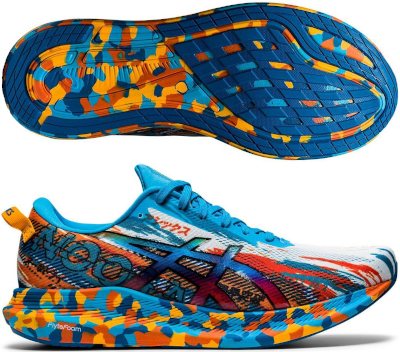 What a nice revolution takes place in the Asics Gel Noosa Tri 13 that follows the trend in running shoes of a greater packaging with oversized midsoles but with an unexpected 10% reduction in weight, not bad. It maintains that aggressive aesthetic that has made it win so many followers beyond its popularity in the running stage of the triathlon. Beyond the colorways, it is aesthetically very reminiscent of the Saucony Endorphin Speed and it looks like both models are going to be a big hit in the tempo running segment, where it seems that the peculiar Nike Air Zoom Tempo Next% does not quite convince many runners yet.

For the old-timers out there, it might be a bit of a shame to abandon a more "conventional" running shoe concept that represented the previous edition Gel Noosa Tri 12 but we are at the mercy of the brands and there is little to oppose beyond doing some stockpiling (beware that materials degenerate over time) of models that have fit us like a glove. Omitting garish colors and more or less ingenious references to long-distance triathlon distances (IronMan®, which is in fact a registered trademark of Marvel, the one from the comics, now owned by Walt Disney), the upper is renewed with engineered mesh with multitude of ventilation holes and few overlapping elements, a task that has been delegated by taking advantage of the iconic heat-sealed logo of the Japanese brand on the sides to improve fit and provide a good consistency to the whole piece.

In the midsole is where it gets interesting for the Asics Gel Noosa Tri 13 with an imposing piece of FlyteFoam™ that makes for a slightly wider platform than usual and a raised geometry in the forefoot ("rocker") that facilitates faster transitions. From Asics they call it GuideSole™ but basically it is the same concept with which the French-American brand Hoka One One shook up the sneaker market a few years ago and which is giving them such good results in models like the Hoka One One Carbon X shoe. The outsole also stars its own minor revolution by eliminating the classic plastic piece (Trusstic®) that gave extra stiffness, reducing the use of AHAR+™ rubber and leaving more midsole in sight. Surprisingly, the shallow depth of the lugs invites to doubt about the durability, but that is something that every single runner will have to judge when buying its own pair. Let's go for a run. 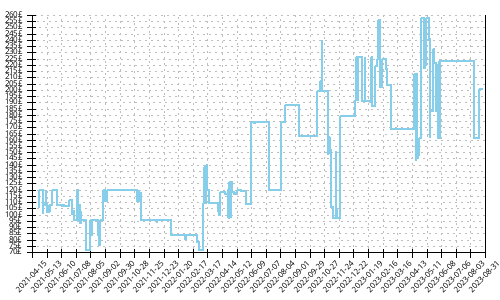