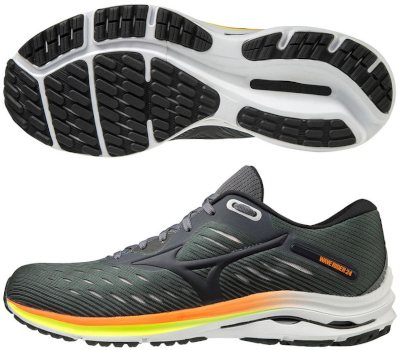 The new Mizuno Wave Rider 24 is another step in the routepath set by japanese brand to reach a broader market by making their running shoes softer. It is dangerous move because most of its inconditional fans love current feelings, kind of rude/rough touch and there is the potential risk of staying in no man's land. Anyway some other Mizuno running shoes like Wave Skyrise feature Foam Wave technology but current Wave Rider 24 premieres new Enerzy™ foam that replaces not so old U4icX™ and promises increased bounce and improved cushioning, definitely nothing new as marketing pitch.

Among other changes from its predecessor Wave Rider 23 there is a simpler one piece upper with a double layer, pretty breathable mesh plenty of ventilation openings here and there. Classical logo from Mizuno has been slightly shifted back to provide enhanced support and is now fused for better overall integration. There is also much more padding around heel area which not only improves comfort but also gives a more consistent character.

What is really interesting from Wave Rider 24 is the midsole. Drop is still 12 mm and full length U4ic™ layer is just below insoles but as mentioned above, Enerzy™ foam has replaced U4icX™ but also iconical Wave™ plate has been redesigned and now is much flatter looking for smoother ride without sacrificing stability. Outsole changes as well with increased ground contact, a trend already seen in other Mizuno models like Wave Sky 3. Also lug pattern has been revamped to improve traction with different orientation depending on where they are compared to the almost full length longitudinal flex groove. 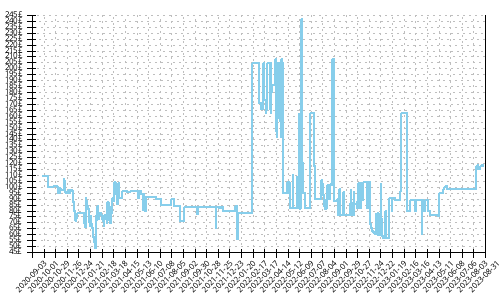