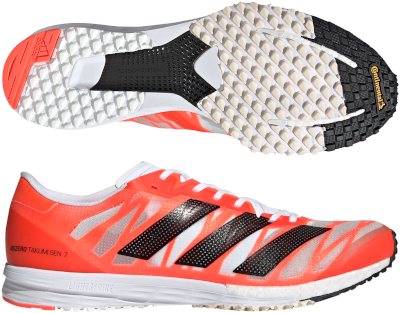 The Adidas Adizero Takumi Sen 7 is one of the latest radical flat racing shoes to hit the market, at least from the well-known German brand. In these times of carbon plates and oversized midsoles, it seems that the minimalist concept of the shoe represented by the Adizero Takumi Sen 7 does not have much travel. In fact, within the exclusive Adidas AdiZero collection, it is the Adizero Adios Pro 2 who with its carbon rods (EnergyRods™) who is taking all the attention, leaving the once classic Adizero Adios 6 in no man's land since they are neither minimalist nor features carbon fiber. We will have to wait to see how the market evolves.

Few changes compared to the previous edition Adizero Takumi Sen 6 although clearly these are concentrated on the upper cut. From Adidas they try to sell the idea of ​​sustainability and recycling but the reality is that the recycled material does not reach 10%, although it is true that less is nothing. Returning to the changes, without a doubt the attractive and modern design on a single-layer Celermesh fabric that fits perfectly to the foot, something that anyone who pays the asking price for them looks for.

The rest of the Adizero Takumi Sen 7 remains unchanged and maintains both the Boost™ pad on the front and the LightStrike foam in the rest. A good combination for those who like the classic sensations where you still feel the ground you walk on. In the sole they also follow both the latest evolution of the Torsion system in the midfoot to give rigidity to the whole as well as the QuickStrike stud configuration in the front part that offers great performance in in terms of traction and grip, but which causes that feeling that it wears out when you look at it even though it has been developed in collaboration with the prestigious tire manufacturer Continental™. 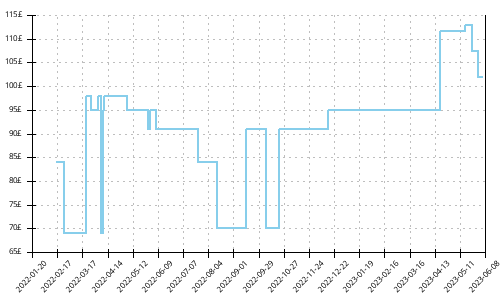